The warmer weather is definitely here in Brisbane which means it is also SNAKE SEASON.

There are 27 species  with the most common being Carpet Python and Tree Snakes. The venomous ones include Coastal Taipan, Tiger Snakes, Rough Scaled Snake, Eastern Brown and the Death adder.

I found some photos of snakes  on the internet supplied by Shutterstock. They are regularly found in Brisbane suburbs and some are considered to be highly venomous. 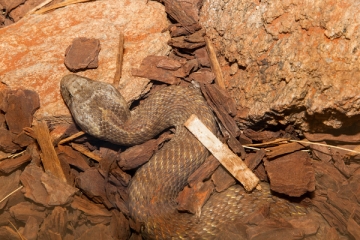 During the last month several snakes have been seen where I live. They come right up by the residential buildings.  I recently heard that its only natural for snakes to be coming into residential areas and the reason is because houses are getting built further out from the cities and into the environment where snakes live.  I actually live close to the Brisbane City CBD almost in a concrete jungle. Maybe its food and water they are searching for.

Snakes enjoy dining on frogs , very sad but its all part of the eco system.

The photos below were supplied by Qld Council and Snake Catcher Brisbane.com.au

I hope you enjoyed my brief story about snakes.   I should add it is also Mosquito Season, they are bad where I live. The council say they do spraying but where and when I don’t know.

22 thoughts on “Snakes In Brisbane”