This morning I made Soda Bread for the first time. Inspired by Jamie Oliver. I couldn’t buy any plain flour but did manage to get some Barley Flour which I had never previously used.The ingredients I used were a cup of plain flour, cup of barley flour, 2 teaspoons of Baking Soda, 1 teaspoon each of salt and sugar. Handful of rolled oats. 1 cup of Almond Milk (use any milk you like).Mix altogether, the dough is a tad wet..it’s meant to be. Knead lightly place on a baking tray, mark top with a knife then sprinkle on rolled oats. You can also drizzle over some olive oil but not too much….I forgot to do that. Bake in a preheated oven at 200 degrees for 15 to 20 minutes. Jamie’s recipe uses a cup of plain flour and a cup of wholemeal flour, he also used buttermilk.

Mine tastes pretty good but could have done with a little bit more sweetener. 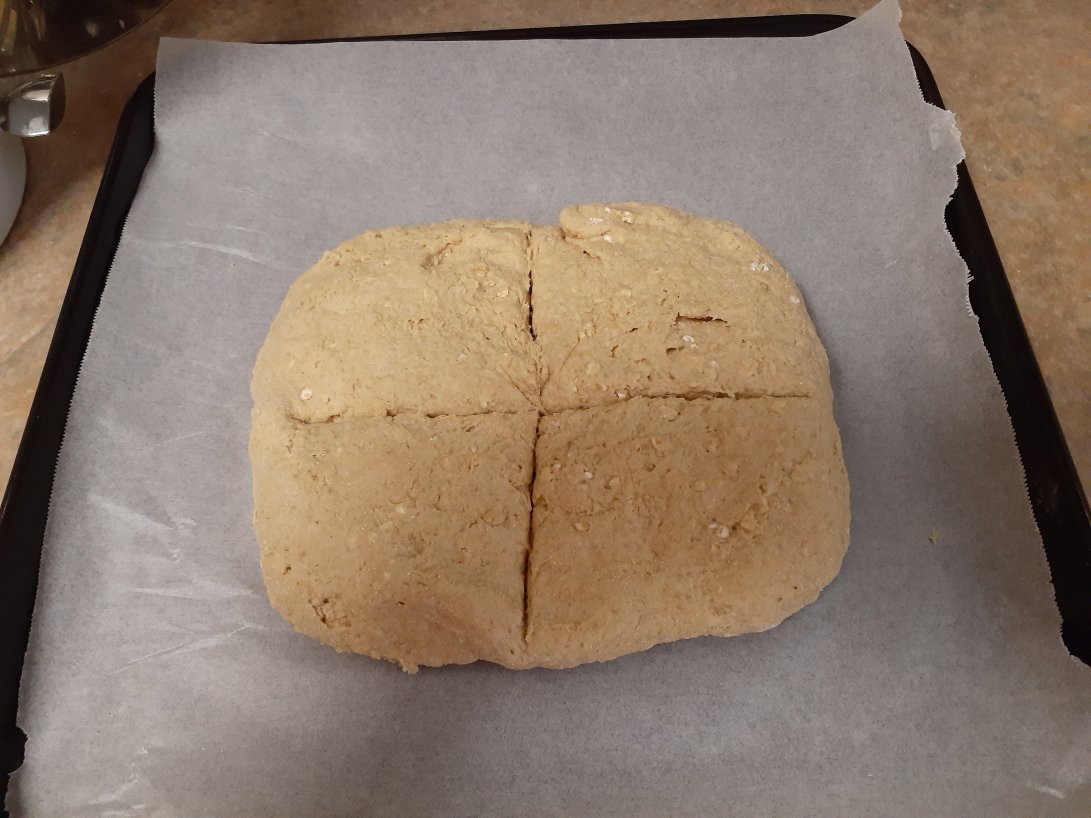